Next Enter Your Shipping Details
Privacy Policy: We hate SPAM and promise to keep your email address safe.

Can I Rush Ship You A Completely Undetectable Knife For FREE Today?...

No Metal Detector Will Ever Pick Up This Knife And You'll Be Able To Use It To Defend Yourself And Family No Matter Where You Might Need To...

Please Rush My Free Undetectable Dagger To My Doorstep Today

The Undetectable Dagger Is The Only Knife You Can Carry With You Literally Everywhere That No One Will Ever Know You Have!

Made from Griv-Ex™- the latest in fiberglass reinforced plastic – our Undetectable Dagger is UV and heat stabilized to make them incredibly durable.
The handles of these unusual knives are made from deeply checkered Kray-Ex™ that’s molded directly onto the blade tangs. This offers a slightly tacky-feeling textured surface that will give you a decisive and secure grip whatever the weather.
The blade is unaffected by moisture. They never rust, warp, crack or split even in the most challenging environments. They are light enough to be tied, tucked, or taped just about anywhere, and, since they are unaffected by all but the most extreme heat and cold, they are a natural choice for concealed storage
And It Will Pass Through Any Metal Detector! 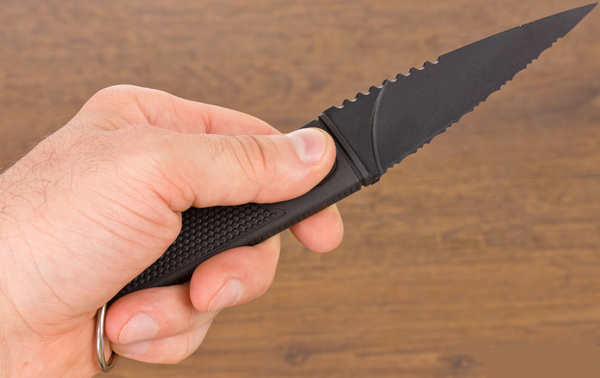 You'll Find Dozens Of Ways To Use Your Free Survival Blanket 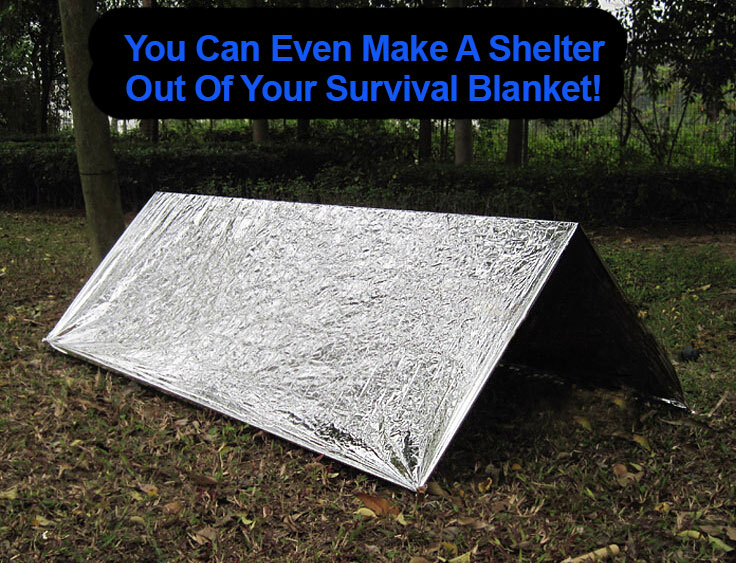 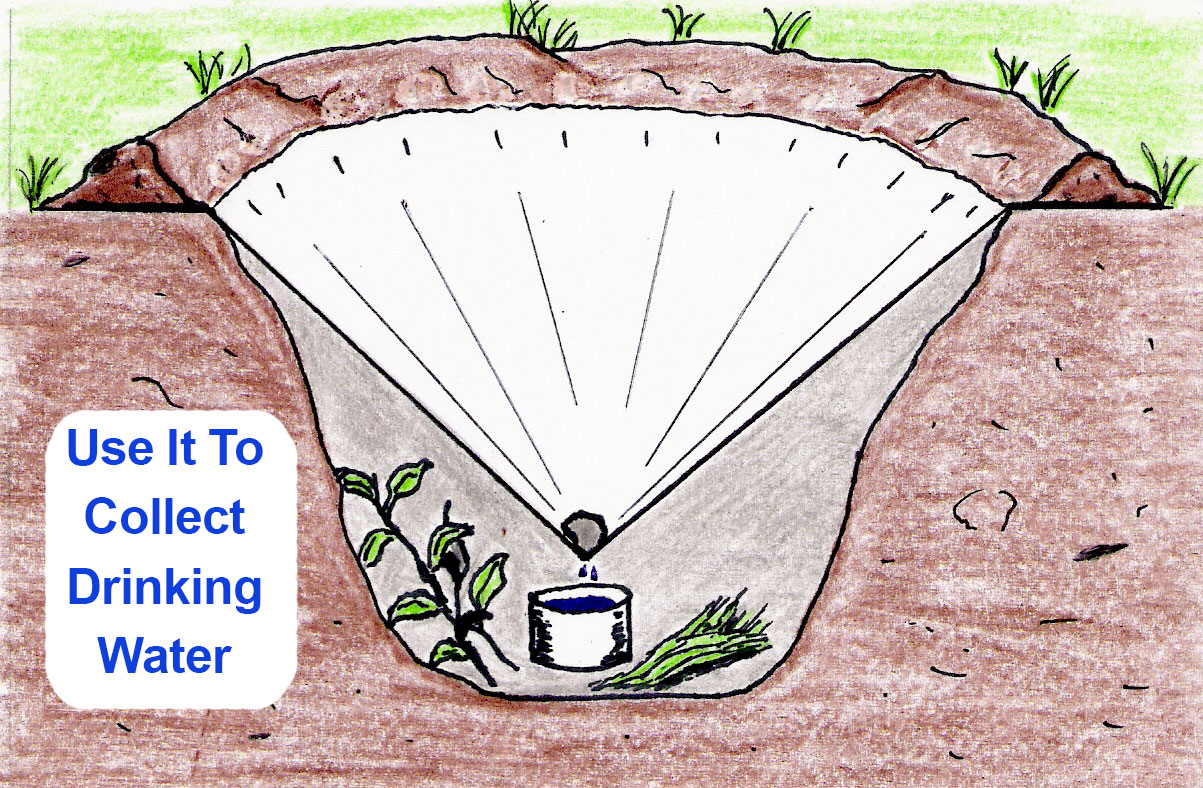 Please Rush My Free Undetectable Dagger To My Doorstep Today
Why On Earth Would You Want A Plastic Knife?
First of all, it's not plastic. The Undetectable Dagger is made of fiberglass reinforced polymer which means it's incredibly rigid, much more rigid than normal plastic. Due to it's rigidity it is incredibly strong and light, less than an ounce!
Some of the most dangerous places you go are places that require you to pass through a metal detector - stadiums, arenas, government buildings, airports. All of these locations are prime targets for terrorist attacks. Wouldn't you feel safer if you could bring your own defensive weapons in with you? Well you can when you have the Undetectable Dagger in your pocket or purse.
Women often don't like to carry a big, heavy pocket knife with them, but they're also the easiest targets for attackers. The Undetectable Dagger is the perfect defensive tool for women and will slice through duct tape like butter (duct tape is the number one restraint used by sexual predators.
Every God fearing American deserves to feel safe walking the streets of their own town and the Undetectable Dagger is exactly the tool to give you that level of security.
So What Are The Specs? 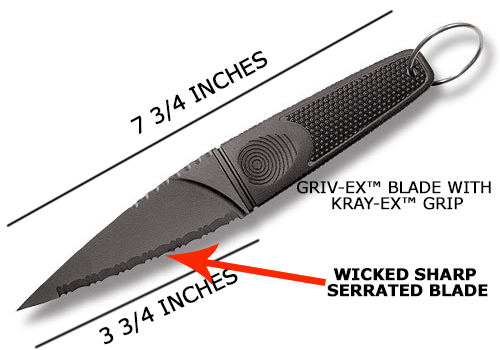 Please Rush My Free Undetectable Dagger To My Doorstep Today
Here's What A Few Of Our Customers Have To Say About It
"You know, it is a pleasure to deal with a company which considers the
customer as a equal! You have always been there to answer my questions
as requested, and that shows class, and pride for which you work.
Thanks again,
- John"
"I want you to know that I think your service is outstanding.
The messages were prompt and very courteous. Keep up the good work and
Good Luck to you.
- Sandra B"
We literally have hundreds of letters just like this and get more every week, it's awesome to hear from our customers like you.
I'll Also Toss In A 100% Free Emergency Survival Blanket With Your Order Today!

This NASA inspired emergency blanket is the perfect thing to keep in your car, backpack, or purse in case you're ever caught in the elements and need to stay warm.
The mylar material reflects 99% of your body heat, meaning once you wrap up with this incredibly light blanket you'll stay warm and toasty no matter what mother nature has in store.
It's the perfect addition to your emergency stockpile and everyone should have 1 for themselves.
We sell these emergency blankets every day for $4.99, but when you claim your free Undetectable Dagger today I'll add it to your order completely free.
We've Got A Pallet Of Exactly 1,000 Undetectable Daggers Sitting Here And This One Has Your Name On It, Click The Green Button Below To Claim Yours Today And We'll Rush Ship It To Your Door Along With Your Free Emergency Blanket.
Please Rush My Free Undetectable Dagger To My Doorstep Today

And I almost forgot to mention, not only are you getting a Free Undetectable Dagger plus a Free emergency blanket, but you also get 365 days of FREE 1-on-1 support and consultation with the most experienced firearms, survival, security and preparedness experts in the country. We're here to answer any questions you have.
If you have any questions at all you can just pick up the phone or type up an email and you'll have your answers immediately.

Go ahead click the green button and claim your free Free Undetectable Dagger plus a Free emergency blanket and 365 days of email and 1-on-1 phone support absolutely free. There are no catches, no hidden billing.
Please Rush My Free Undetectable Dagger To My Doorstep Today
Please Rush My Free "Undetectable Arms" DVD To My Doorstep Today
Copyright 2017 to Present: FamilySurvival
Located 7,522 feet above sea level in the beautiful Rocky Mountains
453 E. Wonderview Ave, Suite 126, Estes Park, CO, 80517

All written testimonials presented on this page are from actual customers and have only been
edited for spelling and content to fit the constrains of this webpage.
ClickBank is the retailer of products on this site. CLICKBANK® is a registered trademark of Click Sales Inc., a Delaware corporation located at 1444 S. Entertainment Ave., Suite 410 Boise, ID 83709, USA and used by permission. ClickBank's role as retailer does not constitute an endorsement, approval or review of these products or any claim, statement or opinion used in promotion of these products.